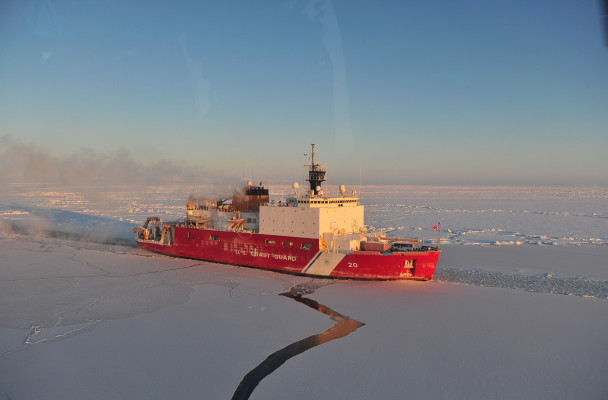 Russia continues to become a dominant geopolitical figure in the Arctic through the development of new icebreakers and shipping lanes while American activity in the region remains stagnant. The US Chief Coast Guard assesses the substantial difference between Russian and U.S. activity in the Arctic as well as the importance for the U.S. to take initiative in the region.

Of the two American heavy icebreakers, only one, the Polar Star, is in functional condition, according to NPR. Its sister vessel, the Polar Sea, has been languishing at port for years after a major breakdown. The Coast Guard also has a medium icebreaker, the USCG Healy, but the service branch is petitioning to acquire more assets for its fleet.

“We’re not even in the same league as Russia right now,” Newsweek quotes Coast Guard Commandant Paul F. Zukunft as saying. “We’re not playing in this game at all.”

Without the needed investment, the US will most likely continue to trail Russia as the Arctic becomes a pivotal geopolitical region.