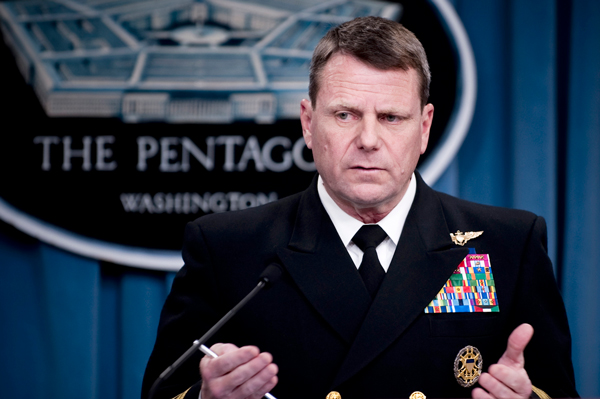 The U.S. must take steps to bolster its military presence in the area as the Arctic increases in economic and political importance, according to one high-ranking official responsible for handling airborne threats and advocating for Arctic interests on behalf of the Department of Defense. In an interview with Alaska Public Media, Admiral Bill Gortney, head of both the North American Aerospace Defense Command (NORAD) and the U.S. Northern Command (NORTHCOM), said that Russia is increasing its long-range aviation activity in the area. Gortney says that Russia has maintained a “professional manner” and avoided intrusions into U.S. air space during these activities, but noted that American and Canadian military forces are compelled to respond with non-aggressive displays of strength in the form of launching “assets, aircraft—fighters, tankers, and early warning.”

Gortney claims that it is essential to maintain a presence in the Arctic in light of decreased funding for the Department of Defense, particularly because of the less secure international environment that the U.S. finds itself in after major conflicts in Iraq and Afghanistan:

“[The Arctic is] absolutely critical. This is a pretty harsh place to operate. It takes a particular skill-set, equipment, and people to know how to operate. And this gives us the opportunity to understand that.”