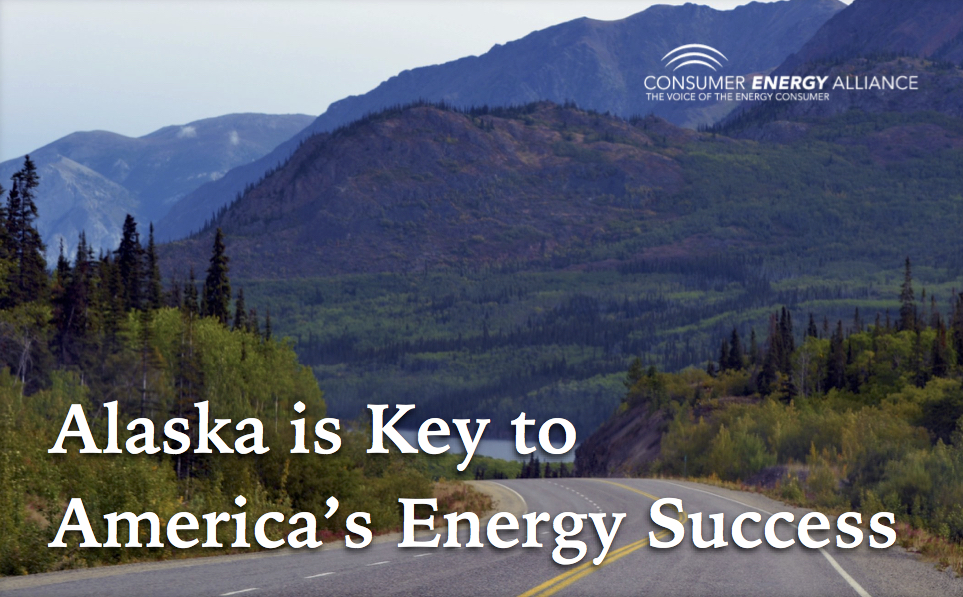 America is at the beginning of a profound and sustained Energy Revolution. New technologies and innovation are spurring expanded opportunities in oil & gas development, as well as increased use of wind and solar and improvements in energy efficiency.  As this revolution continues, every consumer in every sector of the US economy will benefit from increased employment opportunities, improved standards of living and economic growth.

The early proof of this new reality is clear.  The current geopolitical turmoil in the Middle East and elsewhere would normally increase global oil prices and gasoline prices here at home.  Yet, today we actually see falling global oil prices due primarily to America becoming the #1 oil and natural gas producer in the world.

But if we are truly serious about meeting our growing energy demand and becoming self-sufficient as a nation, we must more thoughtfully develop ALL our abundant energy resources.  While energy production is up 77% in the last five years in the lower 48, it has actually fallen in Alaska due to federal regulatory overreach and ongoing aggressive litigation efforts by national anti-energy groups.

Without the abundant energy resources supplied by Alaska, the United States will never be able to achieve energy self-sufficiency.  The citizens of Alaska understand this. It is time the rest of the nation recognized it. Consider these figures reported recently by CNBC:

Clearly, we need more energy production coming from Alaska. And Alaskans overwhelmingly support increasing production, with a recent poll showing that “91 percent say that it is important to them to produce more oil and natural gas here at home”. So, this all begs the second question…

Why is Alaska left behind?

It’s not for lack of resources. Conservative federal estimates peg Alaskan oil resources at more than 35 billion barrels of oil in reserves onshore and offshore. This staggering number underlines how deeply Alaskan energy production would aid US energy self-sufficiency and security, particularly on and for the West Coast. Without the ability to tap into these vast reserves, America faces higher energy prices and greater security risks from our need for oil tying us to Middle Eastern political crises. You can, however, look to the federal government for affecting why Alaska is left behind.

An astonishing  62 percent of Alaska’s land is federally-controlled, and all waters more than three nautical miles offshore are also federally owned and managed. As a result, the state’s energy development has been stymied by the federal government’s inability – or unwillingness – to lease and permit expanded development on federal lands. The federal government has, in part, been influenced by a vocal minority of anti-development activists in the lower 48 who are determined to keep Alaska resources in the ground. These activists have been suing, cajoling, and arguing in any way possible to ensure that Alaskan energy remain off limits.

Speaking of public benefit, despite the decline in production, oil and natural gas development remains a vital component of the state’s economy. Remember, the petroleum industry in Alaska supports:

So what onshore and offshore potential does Alaska have? To put it simply: a lot. In order to further the nation’s energy and national security objectives, exploration of Alaska and its Arctic waters must remain a dominant figure in the nation’s energy equation. More onshore and offshore production, accompanied by the right balance of policies and regulations, could accomplish the following:

What Can We Do?

Consumer Energy Alliance (CEA) believes that the U.S. must better educate all consumers on the benefits of Alaskan energy and motivate them to advocate for an “all-of-the-above” energy policy. As a result, consumers will lead the conversation with policymakers on the importance of Alaska to U.S. energy.

CEA has taken steps to make this happen, recently announcing that it submitted more than 128,000 letters from consumers to the Bureau of Ocean Energy Management (BOEM) calling for an expansive 2017-2022 Outer Continental Shelf Oil & Gas Leasing Program that includes oil and natural gas leasing opportunities in the Atlantic, Western, Central, and Eastern Gulf, and off Alaska.

Alaska’s natural resources and pristine environment are a great benefit to Americans. It’s up to us to make sure we tap and utilize these benefits effectively for the greater good of the nation.